Get access to exclusive offers, last-minute deals, special promotions, as well as travel tips! By subscribing you are agreeing to receive email offers and destination tips.
England & Wales

Departs as follows from London

Travel is the best education.  You use all five of your senses, you learn about cultural quirks, and you experience historical wonders.
And this tour is your perfect lesson in the best of England.  You examine the standing stones of Avebury, where you unearth the mysteries of Neolithic civilisation. You study the rural villages of the Cotswolds, where you discover a more relaxing pace of life. And you learn about Bath and Oxford, two places that boast England’s rich and extravagant heritage.  So, make the world your classroom and join this tour of the Cotswolds, Bath, and Oxford.

Stay 1 night in the historic Roman town of Cirencester. (**On some dates accommodation may be in other locations eg, Bath or Cheltenham).

DEPARTURE FROM LONDON: Stance 3, Greenline Coach Terminal, Bulleid Way, Victoria, SW1W 9SH. If coming on foot access is through the building at 4 Fountain Square, 123-151 Buckingham Palace Road, London SW1W 9SH.
The tour departs at 9:15am and returns at approx. 7:00pm on Day 2.

Leaving the great city of London behind us we head west. We arrive at the pretty village of Avebury. Here we will be able to wander amidst the largest stone circle in the world - part of a World Heritage Site. Near - by is also the site of the Cherhill White Horse, which was cut out of the chalk hillside in 1780. Not far from here, set in rural Wiltshire, is Lacock village, famous for its picturesque streets, historic buildings and its more recent role as a television and film location. The Abbey, located at the heart of the village within its own woodland grounds, is a quirky country house of various architectural styles. We spend some time in the afternoon in Bath, full of relics of its Roman past and of course its famous baths. From here we contin - ue to Cirencester, set in the heart of the Cotswolds, which is quintessentially English. Cirencester was the second largest town in Britain during Roman times!

You visit the picturesque village of Bibury with its tiny 16th-century cottages and tranquil river where trout filter the flow and swans and ducks paddle and feed. Quintessentially Cotswold and rural England. You proceed to Stow-on-the-Wold, a hilltop market town, packed with history, antique shops and tea rooms. On the way to Oxford, you visit ‘Broadway Tower’. The second highest point in the Cotswolds, this 18th century hilltop folly has stunning views of the surrounding areas. There are public access paths for those who want to take a walk and admire the views; a café for refreshments and –  for a small fee (up to £5 per person) – guests can additionally visit the museum with exhibitions about the tower’s colourful past and enjoy further spectacular views from a roof viewing platform.  After enjoying the sights, it’s on to the home of Britain’s best minds: Oxford. This city is renowned for 900 years of academic excellence through its world-famous university. Keen Harry Potter fans will want to visit the Great Hall of Christ Church College, the inspiration for the Hogwarts dining hall and where some scenes were filmed. As the evening draws in, you return to London.

Prices are per person in Canadian Dollars
Exclusions: Lunch, dinner & refreshments. Entrances to all visitor attractions paid locally
Child rate: $299 B&B / $319 Hotel (5-11 years sharing with 2 adults)
Children under 5 years of age are not accepted.
No departures on Nov 10, 12, Dec 24 & 31
Luggage is restricted to one suitcase with a maximum weight of 14kg (31lbs.) and one small hand/day bag to go on the coach with you. Unfortunately, Rabbie’s are unable to store excess luggage. 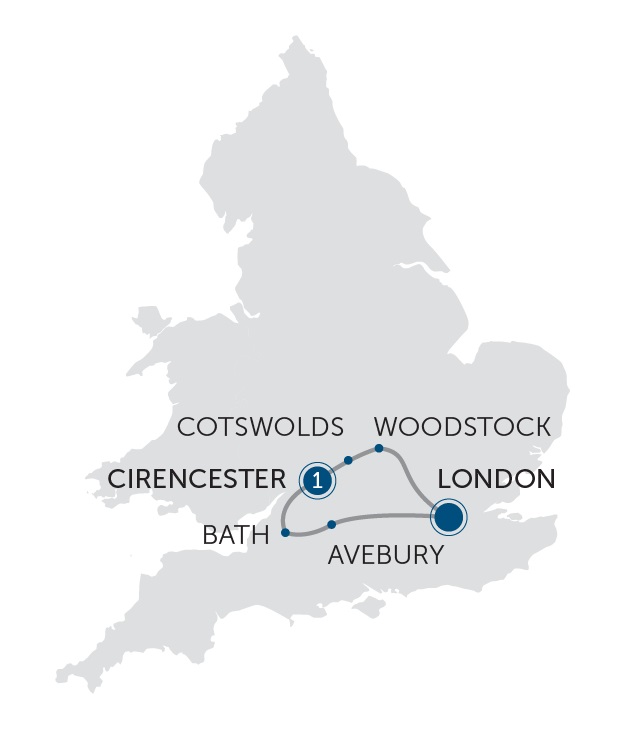