Bordered by Meath to the north, Kidare to the east, Wicklow to the south and the Irish Sea to the west, Dublin is beautifully positioned between four locations of natural beauty and majesty that make it an ideal location for hikers and lovers of the outdoors to get out and about and breath deep that iconic Irish air and take in the splendour of nature. I’ve lived in the city for over 20 years and putting on my hiking boots and revelling in the nature on my doorstep is one of the my favourite activities when in this wonderful city I call home.

But what are the best walks around Dublin? There are so many that are worth your time, but some are better than others. Below, I’ve picked out my top five.

Without question my favourite place in County Dublin is Howth Head. The DART commuter train takes you from the city centre to Howth village where you can amble down along the seafront, past the yachts and restaurants to the start of the Howth Cliff Walk. This gentle path leads right around Howth head lending you exalted views of Dublin Bay and the city’s two largest islands – Ireland’s Eye and Lambay. A 30-minute walk will take you to the Baily Lighthouse where you can scramble down to the cliff edge and take in the views north to the rural areas of County Dublin. 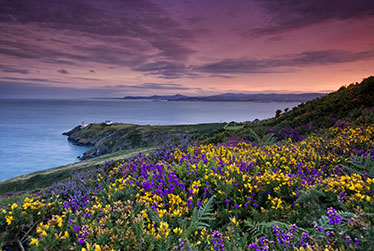 From there you can either head back the way you came to get back to Howth village, or continue around the head to loop back to the village, which will take a few hours.

A third option is to amble up to the top of the head, where you can find The Summit Inn; here you can sip on a pint before heading back down to the village.

After a walk in Howth, eating is usually my top priority and my favourite place grab some nosh is Octopussy’s Seafood Tapas in Howth village. There they serve an assortment of fresh fish and seafood caught that day by the local trawlers. A drive or DART trip back to the city at sunset bookends a perfect day in the capital.

While Howth offers the walking highlight of north Dublin, a trip south to County Wicklow and Bray Head offers the best hike south of the city.

Like Howth, you can catch the DART to Bray village and from there walk to the seafront where the trail starts to wind its way past Bray Head Hotel – which looks like a set from Stanley Kubrick’s The Shining – upwards and into the thick gorse and trees that line the head.

As you climb the trail brings you along the edge of the head affording you views back across the water northwards, with the curvature of Bray’s coast there to see in all its glory.

As you get further towards the summit, the gorse thickens and the incline steepens, just before you reach the summit, which is marked by a stone cross, erected in 1950. And the view from the top is just sensational.

On a clear day you can look north across to Dalkey, Dun Laoghaire, Dublin City, and even as far across as Howth on the far side of Dublin Bay and Malahide out beyond it.

Southwards you can see the Wicklow Mountains and just at the foot of the head you can take in Bray town and the Dublin Mountains past it.

It’s one of the best views of Dublin and the perfect place to stop, breath and think.

The easiest of the five walks is not near Dublin, but located right in the city itself. The Phoenix Park, located adjacent to Guinness’ St James’ Gate Brewery, is the city’s green lung. It’s the largest enclosed park in any capital city in Europe and just a short walk from the city centre, making it such an accessible place to soak up some nature. A mix of lawns, wooded areas, lakes and visitor attractions, it’s the kind of place where you can hang out at for a whole day. To find it you just have to walk west along the River Liffey until the main gates open up before you and the green spaces beam out at you from inside. There are numerous routes around the park and you can take your pick from the maps marking them as you enter.

If you rent a bike you can stop off at various sites as you go including Dublin Zoo, the Irish president’s residence Áras an Uachtaráin and the Papal Cross, which marks where Pope John Paul II spoke to a crowd of some 1.25m in 1979.

You might also be lucky enough to spot the resident deer. The park was originally conceived as a Royal deer park and the animals still roam the grounds at their leisure, often basking in the sun – or rain – in full view.

The best way to end a walk in the Phoenix Park is with a pint of Guinness brewed literally just a few kilometres across the river. Head to Ryan’s of Parkgate Street just beside the main entrance and sit back in one of the snugs. It’s one of the most authentic Victorian pubs in the city and serves, in my opinion, the best pint of stout in town.

Meath borders Dublin to the north and stretches around to the east. The county, combined with Westmeath, used to form its own province historically, and was largely subsumed into the province of Leinster in the 17th century, with parts also going to Ulster.

It’s a county defined by its flatlands, famous for cattle farming and the fields that stretch on for kilometres into the distance. It’s also famous for Gaelic football, for which it has a proud tradition, having been crowned champions of Ireland seven times. 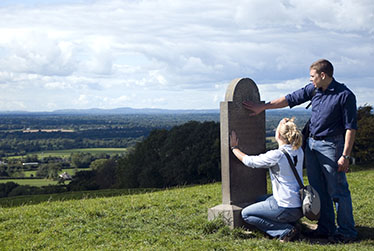 However, it is most famous as having been home to the seat of the High King of Ireland at the Hill of Tara, the location where all the country’s kings met to discuss and debate the decisions to be taken regarding the country.

This ancient historical site has been beautifully preserved and makes a superb trip from Dublin. It’s just a 40-minute drive to the site where you can park before walking up the hill through the local church and graveyard and out onto the site itself. There you will find excellent maps and guides detailing what each mound signifies including St Patrick’s Church and the Mound of the Hostages. You can make out these structures through high grass embankments, which are as they were historically.

Having walked to the top you can take in the view out across the surrounding agricultural land of the county in all its glory.

The maternal side of my family hails from the area and since I was a small child visiting the ancient site was a moment that I knew signified so much in the history of the country; seeing where the High King proclaimed his decisions ties one to the ancient history that Ireland holds.

After your walk head into the local coffee shop and feast on some tea and scones, before heading back to Dublin, where the seat of power now lies in modern Ireland.

The last of the five is the furthest away but perhaps the most spectacular. An hour’s drive south of Dublin in County Wicklow lies the glacial valley of Glendalough. It’s well known as one of the most beautiful sights not just in Leinster, but in the island of Ireland. 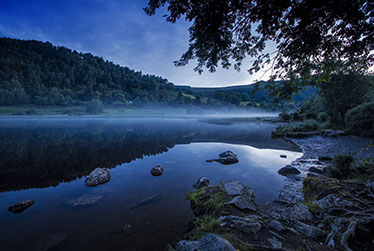 Monks inhabited the valley in the 6th century, and their architectural remains are still in situ on site, a short walk from the Visitor Centre, where you can park up before embarking on one of many routes through the valley. There is a plethora of walks to take, either around the lower or upper lakes, or up into the highlands of the mountains surrounding the valley. This means you can take a short 30-minute ramble, or go all-out and take a hike for four or five hours.

Personally, I like the Miner’s Road Walk, which leads you to a ruined miner’s village. From the visitor centre it’s about a three hour round trip at a leisurely pace. You get to pass the monastic settlement as well as both lakes, so you can pack a lot in.

The best part of the walk is the peace and solitude on offer. At times you can have the stretch of the valley all to yourself and you could hear a pin drop. It’s peace personified and somewhere where you can really get away from it all.

If you have time, a further 40 minutes along the road south you can find Brittas Bay, a popular beach which knocks me out every time I clap eyes on it. Surrounded by 1960s style holiday homes and palm trees, it’s an idyllic spot and affords superb views of the Irish Sea south of Dublin. Take it in on your way home, and if you managed to see all five of the walks listed here, give you yourself a pat on the back, and reward yourself with a pint of Guinness.

Back to Blog
Back to Top